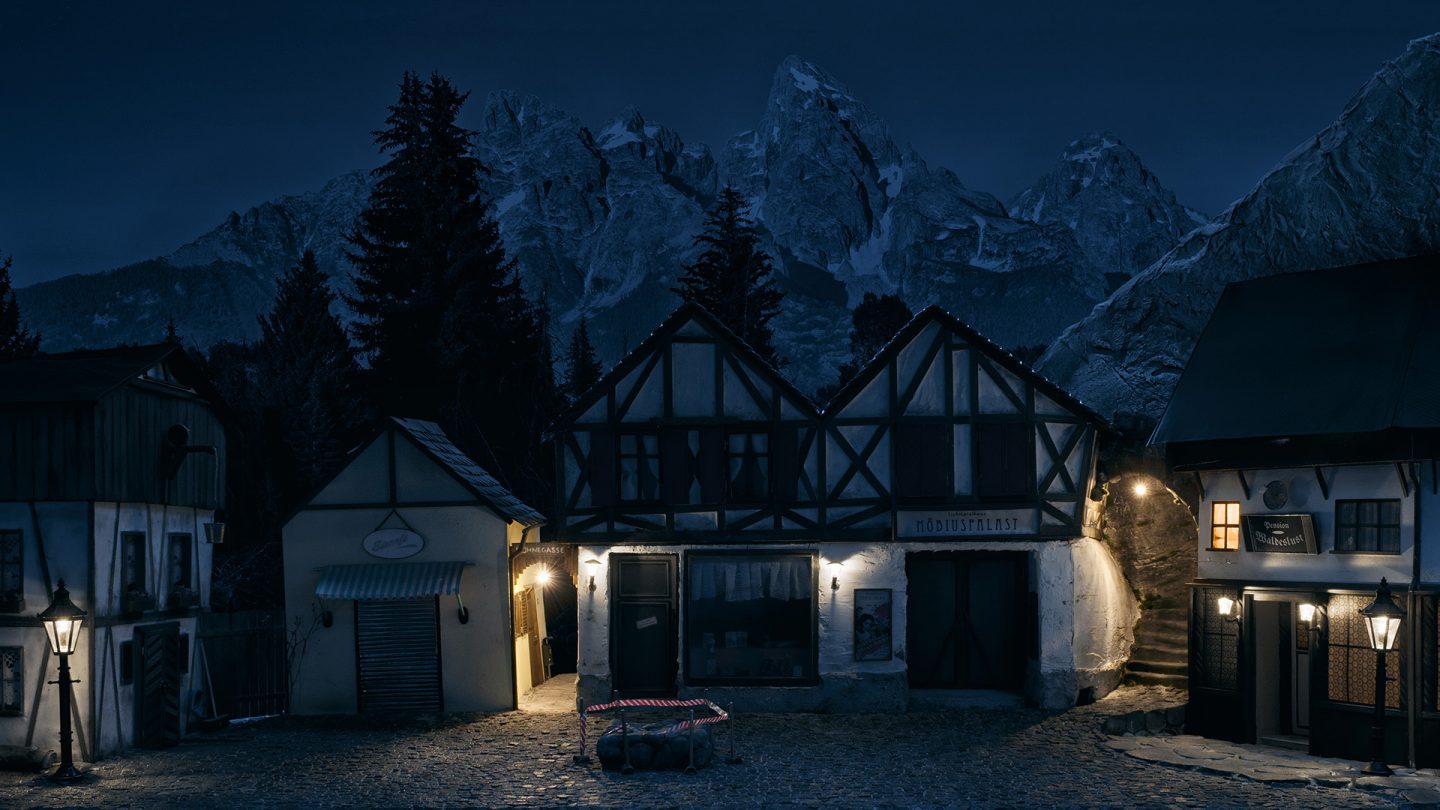 A nerd saves the world.

“Trüberbrook” is an atmospheric mystery-adventure game, designed by btf for current video game consoles. The setting is a remote little health resort in the late 1960s. The player slips into the role of the young American physicist Tannhauser, who has come to Trüberbrook to get rid of his mental block. With progress the plot develops from a primarily Heimatfilm-motif to an increasingly murky and mysterious science-fiction adventure.

On a visual level, this game follows an unusual approach: First collective landscapes were built as miniature backdrops in the workshop, staged and captured with real lights and then finally digitized and graphically processed using photogrammetry. Further steps such as the English and German dubbing were achieved more conventionally, where we were able to engage the services of well-known voice actors such as Nora Tschirner and Dirk von Lowtzow.

The project was mainly financed amongst other things through the most successful German “Kickstarter” campaign to date for a video game, which along with the game’s online presence – also managed by btf, was able to generate a large fan base in advance. 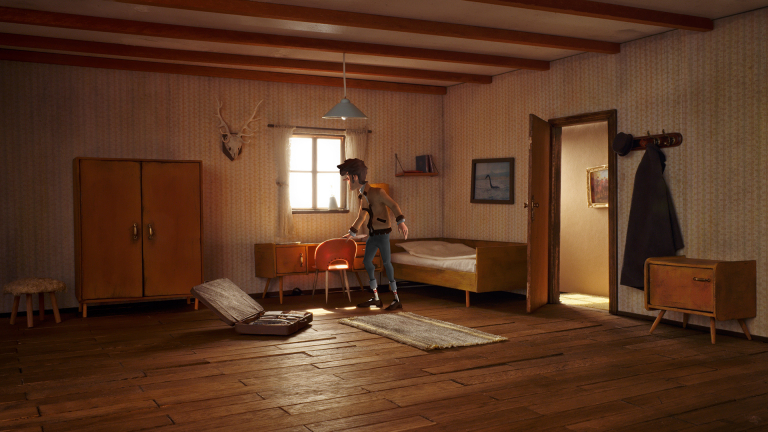 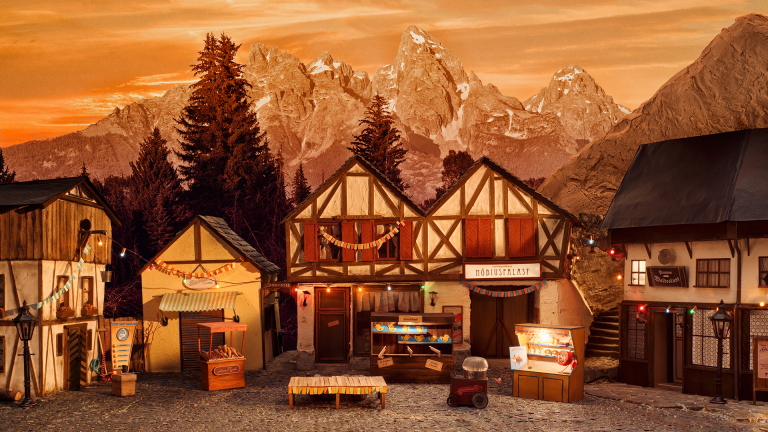 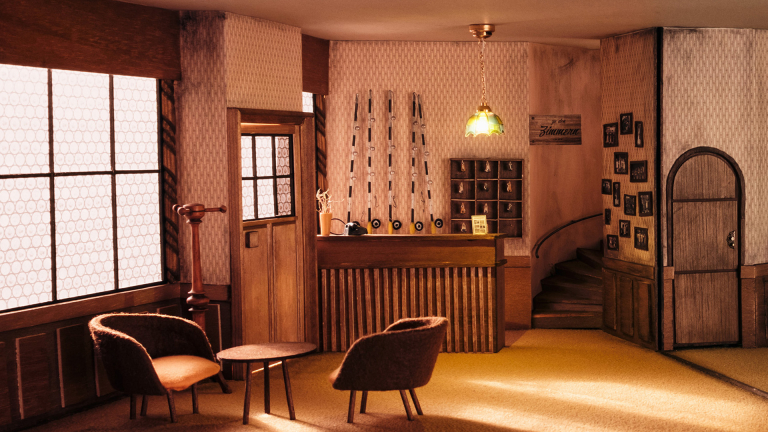 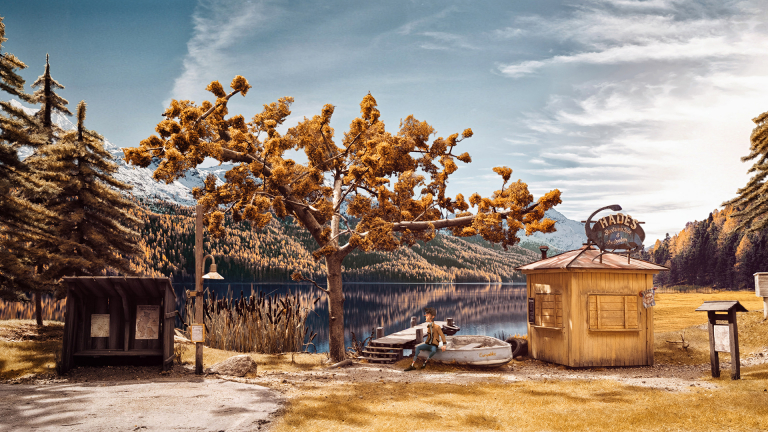 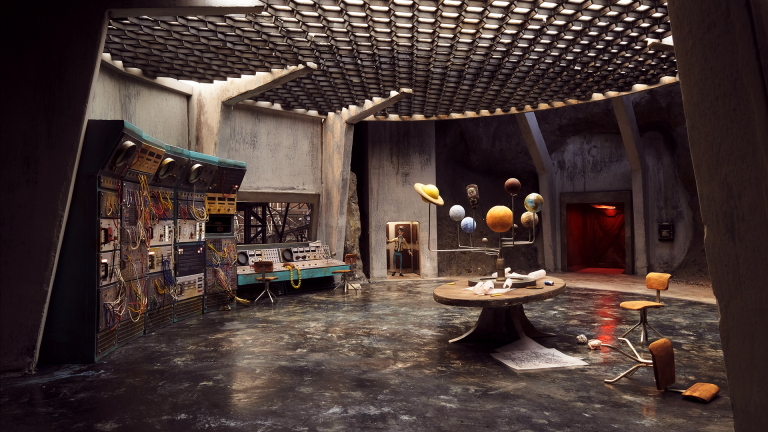 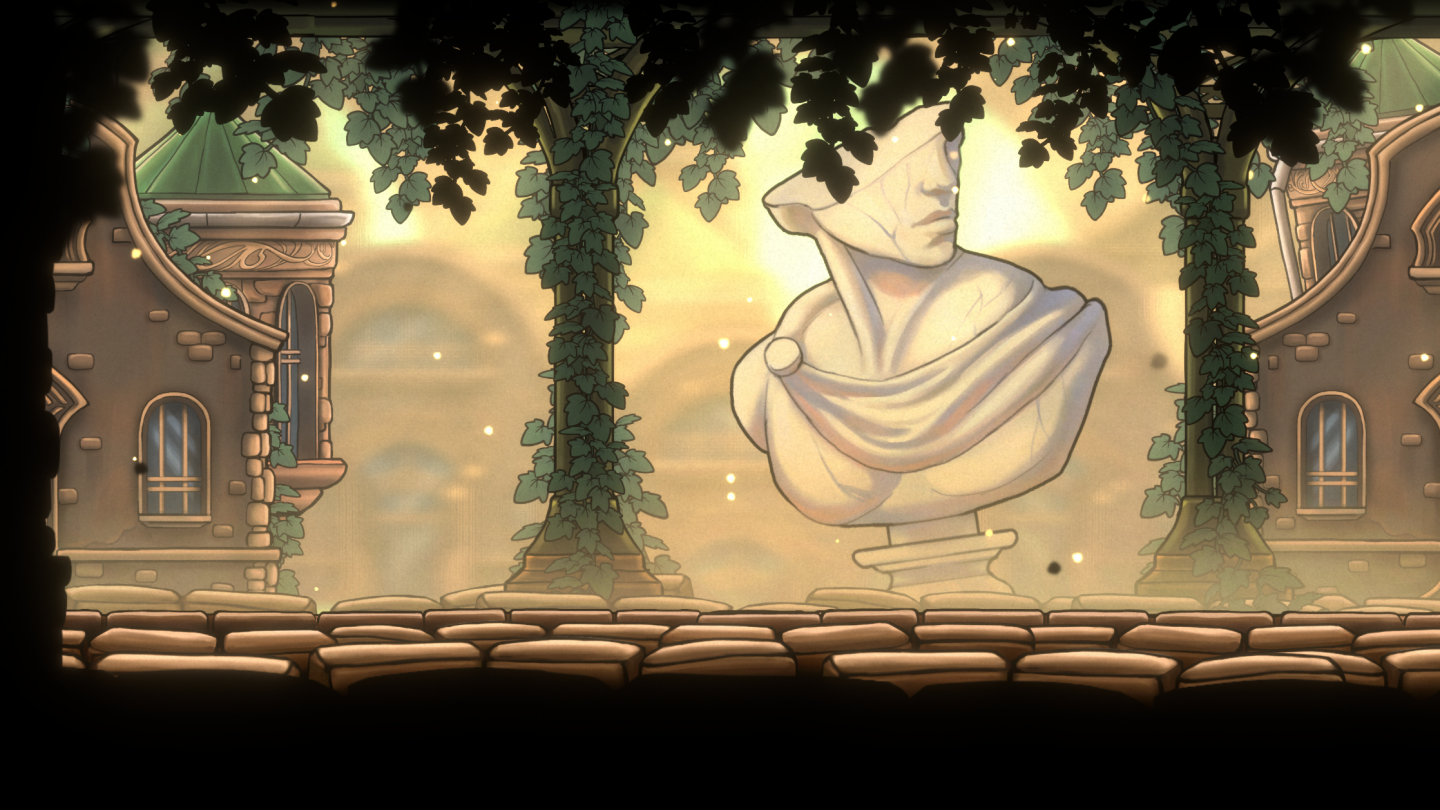